Do you know how your home air conditioner affects the environment? Hopefully, in regards to the environment within your home, the effects are cool air leading to less humidity and lower temperatures in your home. In many parts of the country, this is essential for staying comfortable in the summer months, and in many states, it’s simply a necessity in order to stay healthy.

Unfortunately, most air conditioners also have an impact on the larger environment of the entire planet, and it’s not always a good one. In fact, there are three primary ways in which residential air conditioners have a negative influence on the world.

Greenhouse gases are the first and foremost way that AC units hurt the Earth. The coolants and refrigerants that many air conditioning units rely on to chill your air, or at least lower the temperature of it some, are chemical compounds that may leak out over time. They are so light that they head up into the atmosphere. Older ones were known as far back as the 1970s to destroy the ozone layer that shields the surface of the Earth from ultraviolet rays. The Montreal Protocol was an international agreement to phase out R22, commonly known as freon, which not only ate up ozone, but was itself a greenhouse gas that kept the sun’s energy in and thus warmed the planet, and it was dangerous to human health at a local level.

Replacement gases have been put into new systems for years, and older systems have been retrofitted with them too. However, while the new gases are less dangerous, many are still greenhouse gases that contribute to the planet heating up.

Local thermal pollution is another problem many air conditioners contribute to. Urban areas with high population density have many air conditioners running at once, both generating their own mechanical heat but also expelling the warmth from a home’s air into the local atmosphere. This makes cities much warmer places than the countryside around them, and the rise of hot air later in the day can create severe weather like pop-up storms.

Raw energy use is the third and final way in which air conditioners affect the environment. They simply need electricity to run and depending on the source of the electricity, there might be even more pollution involved in producing that power. Natural gas, petroleum, and coal-based power sources all contribute to global warming, not to mention contaminated soil and waterways. Even nuclear power can present problems through thermal pollution into the air and local waterways, although perhaps not as generally detrimental as fossil fuels are.

Fortunately, there are many things you can do about all of this. For starters, raise your thermostat to the maximum possible temperature everyone is safe and comfortable at. Second, run ceiling fans and draw curtains closed to help cool off rooms people are in. Make sure your vents, ducts, and actual AC unit are clear so that it’s not having to run harder than it has to, and that includes trimming back shrubs or plants around it. If at all possible, get your utility connections or power from renewable sources, and maybe even consider putting in solar panels on your roof. See if geothermal, wind, or hydroelectric power could be possibilities where you live.

Above all else, keep your system maintained to prevent inefficiencies and gas leaks. Upgrade or replace to newer energy-efficient technology as need be.

Now that you have read this article, you know what impacts your home air conditioner has on the world’s environment. However, you also know what you can do about it! Use every idea you can, because not only will they save the planet but also save you money!

Videos of the Week 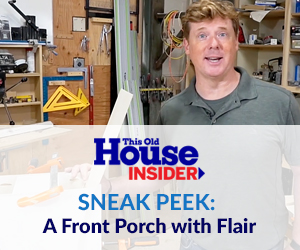